For many companies, release notes are the most frequent form of customer-directed communication.

So why do we treat these notes like an obligation? Companies spend too much time and money on an inefficient process rather than taking advantage of a great opportunity.

At Heretto, we think there’s a better way. We’ve developed an improved release notes process within Heretto. One that makes the process and the output customer-centric while opening the door for companies to finally engage at the next level.

Watch the webinar below as Jarod Sickler takes us through the current shortcomings of many release notes processes. See how Heretto manages to deliver personalized release notes to our customers while reducing effort by 70%.

During this webinar, attendees asked a number of excellent questions. Some were answered at the end of the webinar. Unfortunately, there simply wasn’t enough time to get to all the questions. Below you can see answers to the questions that we were not able to answer during the webinar.

Do you generate new filters in Jira for every release note?
No, we don’t generate new filters. Through trial and error, we’ve zeroed in on the Jira filters that seem to suit our needs for now. Of course, I’m constantly evaluating whether that process should be updated or changed. But for now, the filters we have in Jira are working well.

What is a good way to organize the topics of a release note?
That’s a great question, and it’s one I think is dependent on what your release notes are about and the types of products you are documenting. For us, it makes sense to break down our release notes by software components, and then further into Fixed, Enhanced, and Added categories within each component. I think that gives readers a straightforward way to find what they’re after quickly, get the information, and then move on to other issues.

What should be the order of the TOC?
When I build the release notes, I ask myself, “What’s the most intuitive way a user would approach our software?” In essence, I’m trying to get in the mind of a typical user and what interfaces they would encounter first. I start building the TOC based off my answer to that question. Along with that, I try to prioritize interfaces and release notes based on how heavily used those interfaces are. For example, I like to prioritize any issues related to our topic editor and content library since those are the two main interfaces our customers interact with.

Where does the integration come into your process? Or is it external to Heretto?
By integration, do you mean a Heretto integration with JIRA? We don’t have an integration with JIRA. We just output an XML file of the issues we want for our release notes.
If you mean something more along the lines of using this process outside of Heretto, then I’d say that in principle it’s possible. At this point, we developed this process specifically in our system and it’s all we use. But, again, it’s in principle possible that this process can work in any DITA system. It’s DITA that’s the key, not Heretto here.
We created the configuration files and wrote the XQuery report that converts the JIRA items into DITA content, but that’s really a fairly straightforward process if someone wanted to do it in another DITA system.

What specifically do you mean by “curate”?
First, I love this question. These are the kinds of questions that often go unasked but are very important. By “curated” all I mean is rewritten from “dev-speak” into language that our end-users can understand and use. It’s not uncommon for me to come across a JIRA item with a description like, “L10N endpoint doesn’t work,” which is entirely unhelpful to our end-users, and honestly even to me. But I use the JIRA issue description as the release note for my end-users. So, I rewrite (curate) those to make them usable.

Slack itself is a messenger and is used by many end users. So it’s justified when they have interactive release notes. How interactive would you suggest for one to get, in the release notes if the company is more focused to serve enterprises? The target audience would be highly technical and not as cool as Slack target audience. Can you please help with this?
This is a good question. Our software is an enterprise-level solution. So this is a question I regularly deal with when I’m generating release notes. My general approach is to a.) make sure I offer the helpful technical details our users want and need, and then b.) if I can squeeze in a quick and appropriate joke, I do.
I won’t make a joke in each note, but I try to pepper them in, if possible.

Do you use one topic per Jira item?
Yes, and no. 🙂 We create “warehouse” topics for each Jira item. The item details from those we reference in the actual release notes. For our public-facing release notes, we group similar Jira items into topics, and these tend to be longer topics, depending on how much content we reference from the warehouse files.

The focus on release notes appears to have high value for products. Have you found release notes to be leverage-able and high value for creating buzz for updates and innovations to e-commerce or traditional self-serve websites and mobile applications?
While I can’t speak to other organizations experiences in this regard, I can say that our customers have come to expect release notes, some of them specific to their configuration of our software. Moreover, we use them in some of our marketing documentation to show the upgrades we’re making to our software. I’ve heard from some of my customers that they often visit out release notes alongside or even prior to visiting our User Guide.

Still, have questions? Contact us or comment below. You can also read some of our other posts about release notes best practice. 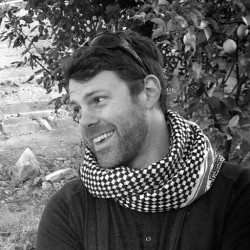 Jarod Sickler
Jarod Sickler is a PhD candidate in philosophy at the University of Rochester and an Information Developer at Jorsek Inc. makers ofHeretto.

Most of Jarod's time is revolves around developing clear, precise, and concise content and arguments. Any remaining time, Jarod spends in the outdoors, with his family, climbing rocks and ice.